-Jordan Daily – During a workshop to launch the second phase of the Farmers Field  Schools project, the Director General of National  Agricultural  Research Center   NARC, Dr. Nizar Haddad, stated that this phase will include ten governorates throughout the Kingdom, within the activities of the Rural Economic Growth and Employment Project (REGEP), which is implemented by the Jordan Enterprise Development Corporation (JEDCO) and funded by International Fund for Agricultural Development (IFAD) in partnership with Agricultural Extension

Haddad added that NARC has been empowering rural women to become productive in their homes, highlighting the significant role exerted in gaining the support and trust of local and international donors, which has a clear impact on the agricultural sector enhancing food security

He further stated that the implementation of project activities will be expanded to have more field schools established in ten Jordanian governorates, namely, Ajloun, Jerash, Balqa, Madaba, Mafraq, Ma’an, Kerak, Tafileh, Irbid and Zarqa. These schools will aim at alleviating poverty and unemployment rates, enhancing the profitability of projects improving family income, and increasing job opportunities for rural families, especially among youth and women

“The first phase of the project extended from 2016 until 2020, where 125 field schools, both agricultural and food processing schools, were implemented in five Jordanian governorates; Ajloun, Jerash, Balqa, Madaba and Mafraq, and nearly 2,100 small farmers and rural women were direct beneficiaries from their activities, which focused on capacity building, training, transfer of modern agricultural technologies, employment of scientific research outputs, and adoption of modern agricultural techniques and best practices related to crops, agricultural and food processing, and the development and improvement of the quality of Jordanian processed food products”. Haddad said

Eng. Zaid Al-Nsour, Director of the Rural Economic Growth and Employment Project, indicated the great successes achieved by NARC during the project’s first phase, and the remarkable role it played through implementing the activities of the Farmers Field Schools, either by the direct engagements with rural communities to reach a large segment of small Jordanian farmers in governorates, or by the provision of financing opportunities to small farmers

The Assistant Secretary-General for Agricultural Extension, Eng. Baker Balawneh, denoted the role of the agricultural officers side by side with researchers, assuring that the process is integrative with the aim of empowering rural and agricultural communities, and indicating the important role of rural women in marketing agricultural products and in finding marketing channels 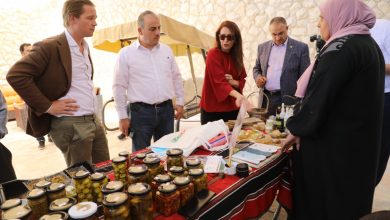 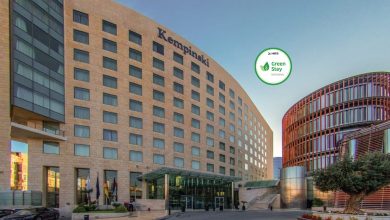 Have a Green Stay at Kempinski Hotel Amman